Drive 105 was a pirate radio station which first appeared on the band as a test broadcast on April 19th 1999. The station’s playlist consisted of music from the 60s through to today.

Drive 105’s broadcasts were aimed at Derry, although their transmitter was based on the other side of the border in Donegal.

They received a community licence in 2009 and are still on air to this day. 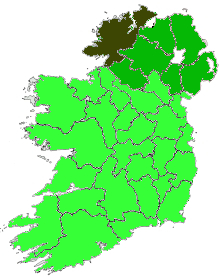