WRKY started out as Big L in 1982 with the intention of running their own locally-produced night time programmes whilst relaying the output from Big L in Limerick during day time.

Internal struggles at the Limerick parent station forced the Killarney station to go it alone and WRKY was born early in 1983 using a jingle package from a defunct US station – hence the call-sign name.

It later moved to Glenbeigh and operated out of a holiday home on the beach. In early 1987 it had relocated again, this time to Listowel.

In the summer of 1986 they were embroiled in controversy when thousands of pounds which had been raised for charity – with the help of high profile personalities such as Coronation St star Johnney Briggs – went missing along with a member of the on air staff. 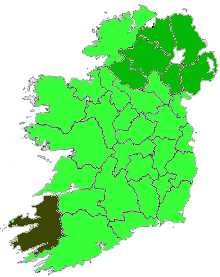