Sligo European Radio, as an entity, first appeared on Sunday, October 4th 1987 with a half-hour long programme relayed by Jolly Roger Radio in Waterford. It was around for two decades, finally making its final broadcast during the 20th anniversary week of that first broadcast, again utilising the facilities of Jolly Roger Radio.

Other stations to relay programmes were Radio Blandenque in Chile, South America and Weekend Music Radio in Scotland.

Sligo European Radio finally went live under its own steam in 2004 when station owner Chris Jensen purchased a 10-watt short-wave rig which was originally built by Dave Martin of the short-wave pirate station WNKR, which operated in the 32-metre short-wave band. The studios were located in an outbuilding on a farm just outside Sligo town. Unfortunately, the station struggled to be heard in Ireland or the UK whilst broadcasting on 9330kHz. 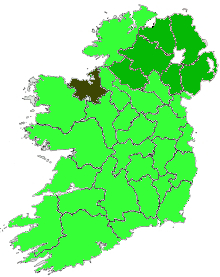