Flash FM was a Wicklow dance music station which first broadcast on October 17th 2002 from a bedroom in Blessington.
A new studio, transmitter and mountain site was found and Flash FM relaunched on August 21st 2004, broadcasting on 94.3MHz.
As the station’s popularity grew it inevitably attracted the attention of the authorities, who paid a visit to the station’s mountain site on January 21st 2005, forcing the station to close down at midday the following day.
Flash FM was operated by Phil T who closed the station and played the last song which was ‘Don’t Dream It’s Over’ by Crowded House.
Text number was 085 715894 . 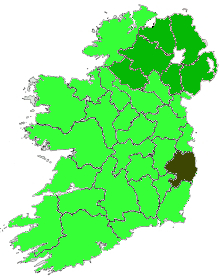