Cork City Local Radio broadcast from Paul Street in the late ’70s. The station was originally called Cork City Radio when it launched in 1978.
From 1981 they were located at 2a French Church Street. 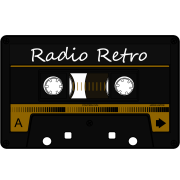