Atlantic Radio was a pirate radio station which launched in March 1978. It was run by Joe Delaney and Johnny Kirrane and broadcast from a caravan at Navin’s Quarry in Co Mayo. Johnny Kirrane was known on air as ‘Big John’.

The station only ran for a few weeks. They had stolen power from a nearby office and were cut off when it was discovered.

The station returned in the 1980s broadcasting from Bushfield House in Hollymount, Co Mayo.

Thanks to Mike for his help with this page. 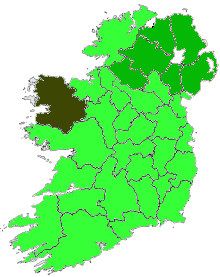