KS1075 were a weekend-only pirate station who broadcast in mono from four miles west of Navan from 4pm Fridays until midnight on Sundays. When not on air they relayed Virgin Radio.

They appeared on air in August 2000 on 107.5MHz with a transmitter power of 150 watts when on air and 10 watts when relaying Virgin – ‘giving the people of Navan something to listen to 24/7’!

Automated for the most part, the station had an excellent and varied jingle package and a promo aired between every song with no commercial interruptions.

KS1075 is a professional station run by professional people. We are a CHR station playing music from the 90’s and today. Currently there are two live shows on KS1075 with plans to expand live programming in the new year plus technical advancements.

Unfortunately they were gone only a few months later…

Go to our Radio Retro section to listen to KS1075 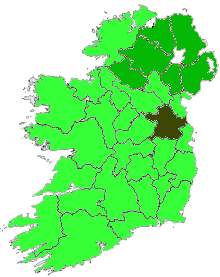