Zenith Classic Rock was licensed by the BCI as a temporary station for the south-east region. Prior to this the station had been broadcasting non-stop music online and it continued to stream after their FM closedown.

Launching on December 28th 2008 and running every day into the new year, and then at weekends, Zenith broadcast on 103.8MHz FM, in stereo of course, but also on 1584kHz AM…in stereo! The station experimented with AM stereo broadcasts.

The station’s first run, which ended at midnight on February 22nd 2009, proved so successful that they were back for a second run for ten weekends from New Year’s Day 2010.

They have also been available on DAB trials in Dublin and Cork.

Zenith is run by Total Broadcast’s partners, Andy Green and Andy Linton, who were also known as Andy Ellis and Dave Hunt from the ’80s Waterford pirate ABC Radio.

The long-term aim for Zenith Classic Rock is to strive towards securing a full licence from the Broadcasting Authority of Ireland to serve the south-east of Ireland on a permanent basis.

Zenith Classic Rock is run by true CR enthusiasts. Boring Old Farts. Whatever. We love the music on an artistic level and we’re really proud of the webstream’s quality. Alright, the format isn’t purely ‘Classic Rock’, its more a fusion, a hybrid, a mish-mash (a carefully constructed one) of Classic Rock tracks, album tracks, songs that mean something to people of a certain age that listened to Radio Caroline, some of the Irish 80s pirates and maybe 70s American FM radio. So sue us.

Zenith took their name from a UK shortwave pirate that broadcast in the late ’70s / early ’80s.
SMS Number was 085 7220277
Email address was zenith@totalbroadcast.net
Original WWW was http://totalbroadcast.net/zenith/
Is there anything you can add to the information above?
Or do you know of a station not listed in the database?
Please send any updates, from the seemingly trivial to full station histories, using the form below.
Images etc can also be sent to radiowaves@radioanoraks.com. 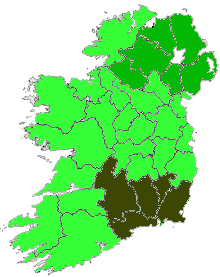